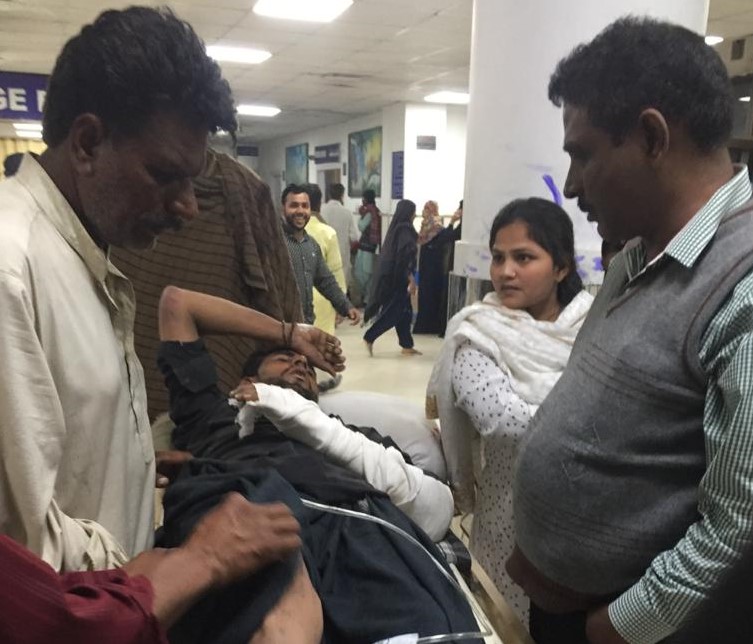 Pakistani Christian Saleem Masih, 22, couldn’t survive his injures after being tortured for washing himself at a tube well owned by Muslims.

He died at the General Hospital, Lahore of February 28 after being severely beaten by the Muslim landowner on February 25 who accused him of polluting the water of his tube well.

Masih of Baguyana village, Kasur District, about 50 kilometres (31 miles) from Lahore, was a labourer.

After unloading the vehicle of husks he went to a nearby tube well to wash himself, without knowing his decision would cost him his life.

As soon the Muslim owner Sher Dogar found out he was Christian, he got furiously started beating Saleem.

He called him a chuhra (a sweeper, untouchable), and filthy Christian shouting that he had polluted the water. He asked how Saleem had dared to wash himself at the tube well and vowed to teach him a lesson.

They then dragged him to their cattle farm, where they tied his hands, chained his feet and continued to torture him with sticks and iron rods. They also rolled a thick iron rod over his entire body, causing multiple fractures in his left arm and ribs. Saleem couldn’t bear the pain and fell unconscious.

When Saleem was admitted to hospital he said he had been tortured just for being a Christian.

He said they continued torturing him for hours until I fell on the ground. He even described them using heated iron rods to check if he was alive when he fell unconscious.

Police officers informed the family at about 9 am telling them to go to Dogar’s cattle farm.

When they arrived they found him lying unconscious on the ground, severely bleeding and injured.

Sher had summoned the police himself, and it was evident that he had also bribed them because they pressured the family to settle the matter.

Sher said Saleem had “committed a crime by dirtying” their tube well water, and that his punishment was “justified”.

The Masih family had to plead with the landowner to free Saleem Masih so they could take him to a hospital for medical treatment.

Ghafoor Masih, Saleem’s father, said: “I know why this is happening and who is behind all this.

“We are poor, we are Christian, but we are Pakistani citizens too.

“Although there is not much hope, I want justice for my son and those who have killed my son must be punished for taking the law into their own hands and killing him for nothing but for being Christian.”

Nasir Saeed, director of CLAAS-UK said: “It is very unfortunate that even in the 21st century we have to see such incidents happening in Pakistan.

“We want Ghafoor Masih to get justice and the killers behind the bars, but since the perpetrators are so influential it is not going to be easy because the Pakistani police is often biased when it comes to the matter Muslims and non-Muslims.

“This is the same district where Christian couple Shama and Shahzad were burnt alive after false accusations of blasphemy in 2014.

Asia Bibi was freed last year, but her case was similar – the argument started over a cup of water.
Young student Javed Anjum was tortured for five days for drinking water from the tap of a Madrassah, but he couldn’t survive and died after 11 days in the hospital.

Mr Saeed further said this is not an isolated case, but such cases happen every day throughout Pakistan and are not reported in the media.

He added: “Unfortunately, it is the reality and many Christians suffer every day in their life for being a Christian in Pakistan.

“It is very had to bring perpetrators to justice, they are always rich and influential people and the government has not taken any steps to stop torture and discriminatory treatment on the basis of religion.

“Pakistani Muslim society has become more intolerant than ever and living as a Christian is becoming harder than ever. Christians are living under fear of their lives and see no future in Pakistan.”