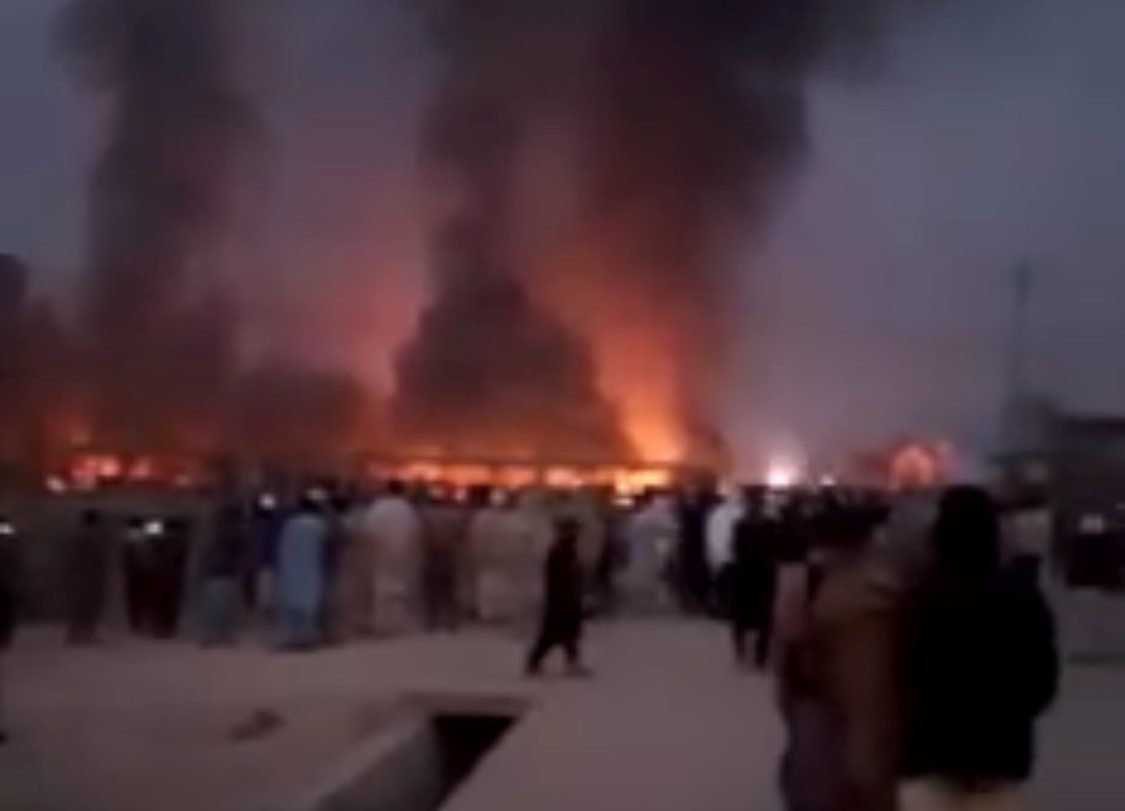 Thirteen people have been arrested in connection with the burning alive of a disabled man who had been accused of killing a young man over the alleged theft of a goat.

The incident took place in Paladheri area when protesters demonstrating against the killing of the boy turned violent and went to the wheelchair-bound man’s home and set it on fire. His mother was also wounded in the attack.
Videos shared on social media appeared to show the man being pushed off the roof of his house into the fire.

According to reports the man has been identified as Suliman alias Malang Jan, who allegedly earlier shot dead Shahsawar, 22.

Days later a case was registered against hundreds of suspects for attacking and setting a police station on fire in Khyber Pakhtunkhwa’s Charsadda district.

The FIR states that an angry mob gathered in front of the Mandani police station and wanted officials to hand over a man arrested for allegedly desecrating the Holy Quran.

It sets out that the mob became violent and attacked police, before opening fire on officials.
According to the FIR, the mob set 22 vehicles on fire including three police vans and also took 12 submachine guns and ammunition.

Because of the volatile situation, the police have not released more details about the man in custody and the complaint against him