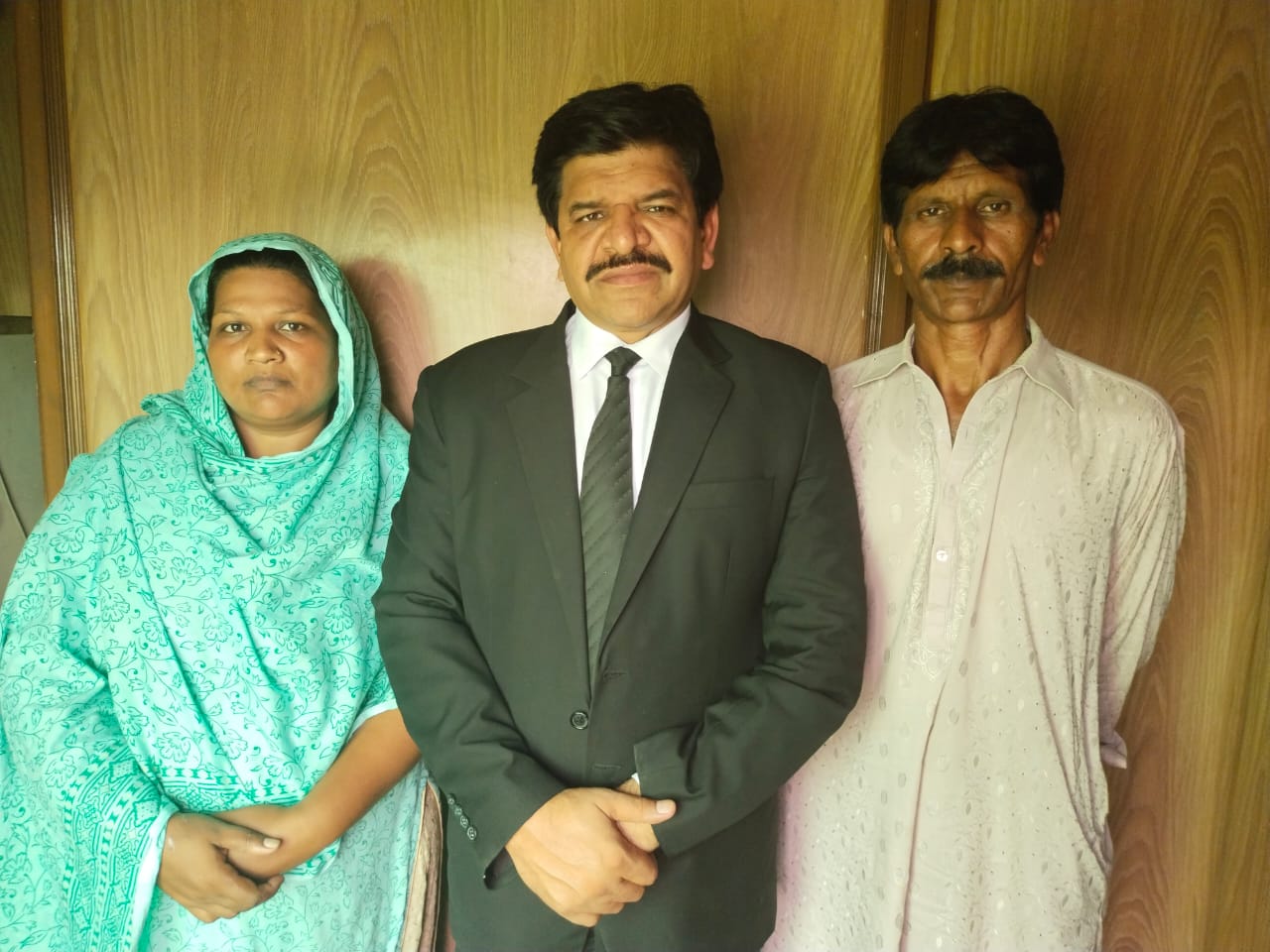 On 1 July, the Lahore High Court handed a 13-year-old child back to the man who abducted her. Nayab Gill was abducted, forcibly converted to Islam and married to Saddam Hussain, an older man who already has three wives.

Nayab’s case was heard by Justice Sheram Sarwar Chowdhury in the Lahore High Court today. She entered the court surrounded by police officers, Saddam Hussain and at least two dozen of Hussain’s supporters, who were there to protect him. The heavily guarded child had her face covered by her scarf.

Her parents, Shahid and Samreen Gill, were present, as was Raiz Anjum, a Christian lawyer. Their hope was to get justice from the higher court for their daughter, but it appeared to be in vain once the hearing had started.

Anjum took to the podium and argued that according to the Child Marriage Restraint Act 1929, Nayab is a minor and cannot be married, not before the age of 16. He continued that she is not capable to make her own decision to convert to Islam, or any other religion, not to marry a much older man. It is believed that the girl has lived with the abductor’s family for some time, has effectively been brainwashed and that she was made to change her religion and marry Hussain under duress.

The judge asked Nayab if anyone had applied pressure, threatened, or forced her to convert to Islam or to marry Hussain. She replied that she had converted to Islam and married of her own free will. She said she had not been forced to do anything, and no kind of pressure had been placed on her.

The judge then pointed to Shadid Gill and asked the girl, “Who is this man?” She replied that he is her father and when asked who she wanted to go home with today, with her father or her husband, she replied, my husband.

Justice Chowdhary applied the Islamic principle that a girl can be considered an adult once she has started her menstrual cycle and allowed Nayab to go with her so-called husband. He asked the police to provide them with security.

Her lawyer, Raiz Anjum, reminded the court of the famous judgement from 2 August 2019 in the Lahore High Court, when Justice Tariq Saleem Sheikh ruled that children under the age of 15 lacked the capacity to change religion independently. He handed the 14-year-old girl, Muskan, back to her Christian parents, after they had recovered her from a Muslim family home where she had been a domestic worker for the last four years.

But justice Chowdhury did not accept this argument, stating that case was different and the child in question had no been married to anyone.

Upon hearing the judge’s pronouncement, Nayab’s parents had tears in their eyes. When asked about the judgement, her father, Shahid, said, “I am not in a state of mind to comment on this judgement. For me, I lost everything.”

His wife Samreen said, “We had come here with very high hopes that we would get the justice from the high court, but it has disappointed us. The religion (Islam) has won, and the law has been defeated. My daughter is very young, she doesn’t understand what is going on. She is brainwashed and the judge should have sent her with us. If not us, she should have been sent to Darul Amaan (the shelter home) and been given time to think while staying away from the Hussain family.

“I am not going to leave this; I am appealing to the organisation The Edge Foundation, who is helping us to take this matter to the Supreme Court. Even if we have to sell our property, we will do everything we have to do to fight to have our daughter back.”