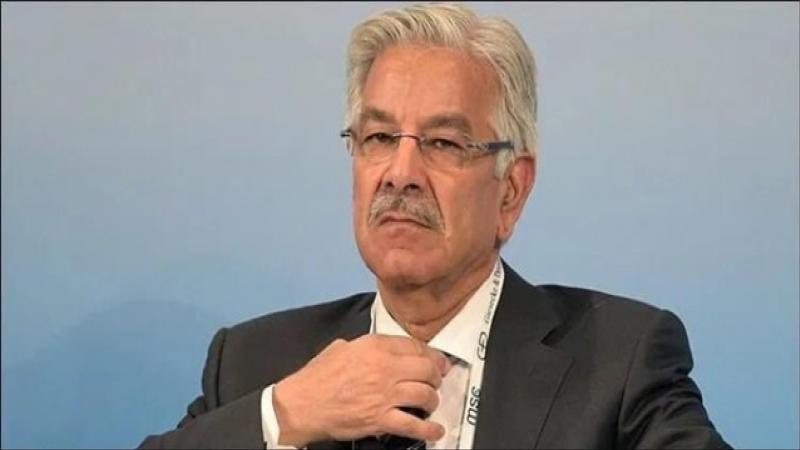 Blasphemy complaint against opposition politician for saying ‘all religions are equal

He alleges that Asif committed blasphemy by saying all religions are equal during a speech in the National Assembly on July 8th.

Riaz quoted verses of the Quran to suggest Asif had hurt the sentiments of all Muslims and had committed blasphemy, according to reports.

He has urged the police to register a case against Asif.

In the speech Asif said is reported to have said: “This is a country of 22 crore people, irrespective of religion. No religious group is superior to another religious group in the country,” Khawaja Asif emphasised.”

Section 295 (C) of the Pakistan Penal Code (PPC), the blasphemy law states, ”Whoever by words, either spoken or written, or by visible representation or by any imputation, innuendo, or insinuation, directly or indirectly, defiles the sacred name of the Holy Prophet Muhammad (peace be upon him) shall be punished with death, or imprisonment for life, and shall also be liable to fine.”

On July 14 Asif tweeted that his speech had been take out of context and that minorities are voters and it is his responsibility to represent them.