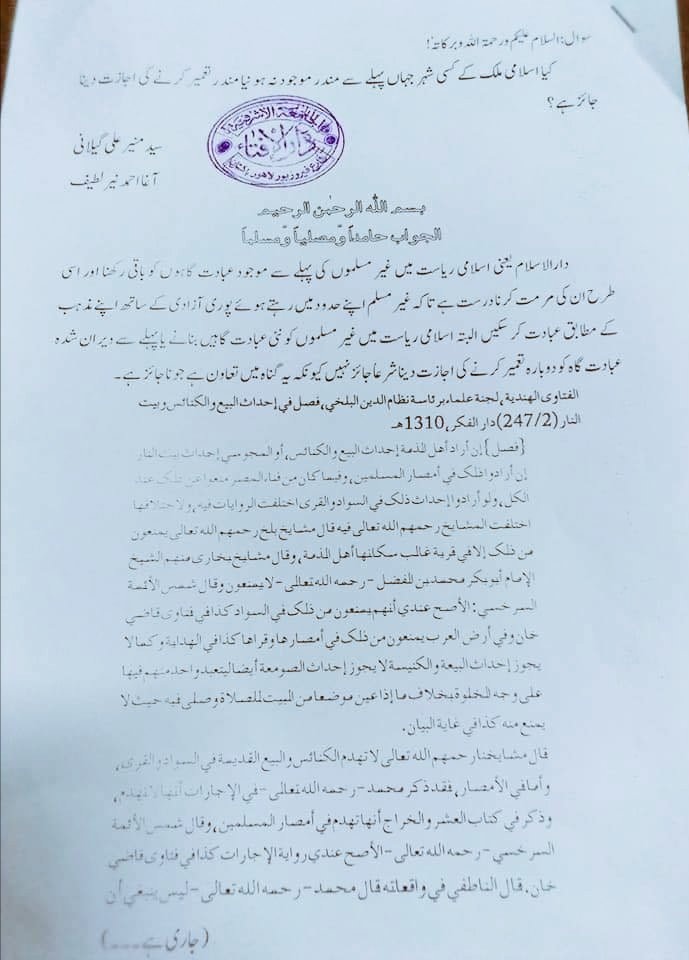 A leading religious school in Pakistan, Jamia Ashrafia, has issued a fatwa against the first Hindu temple proposed to be built in Islamabad.
It says that while the government can use its funds to maintain places of worship of minority communities that already exist, they cannot use the funds to build new places of worship for anyone other than Muslims.

According to Mufti Ziauddin of Lahore chapter of Jamia Ashrafia, allowing the building of new places of worship, or rebuilding abandoned places of worship in an Islamic state is un-Islamic as is equivalent to aiding in a bad deed, which isn’t allowed.

Around 3000 Hindus live in Islamabad. But now the Fatwa has questioned the government’s decision to spend tax-payers money to build houses of worship of minority communities.

However, Minority MP Lal Malhi has said the Fatwa would not have any effect on the construction work.

The High Court has issued a notice to the Capital Development Authority (CDA).