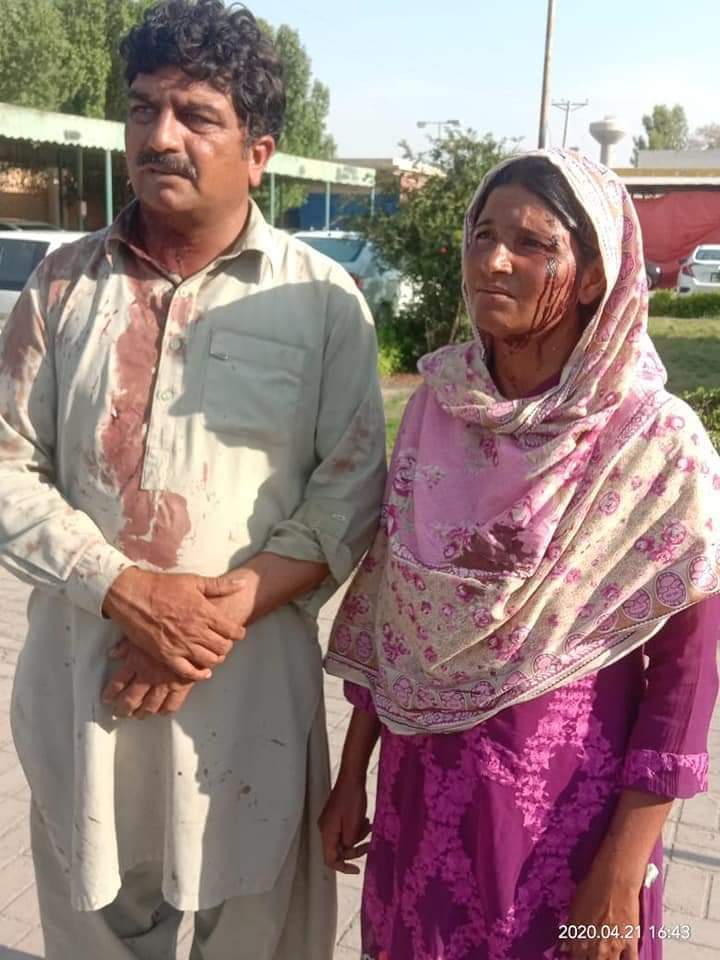 On April 21 Pastor Haroon Cheeda, his wife Mariam and their 15-year-old son Asher were attacked by their Muslim neighbour.

Rafique Bhatti attacked them for building a wall on their own land. He has illegally built his house on Pastor Haroon‘s land and now wanted to grab this land forcefully. He and another police officer, Basharat, have been threatening the pastor for some time.

Pastor Haroon works with KOG Lamp Fellowship and is the in-charge pastor of Tiba 135 church, Rahim Yar Khan. Tiba 135 is a small village where he has been residing for the last 20 years and a total of about 25 Christian families live there.

According to the Pastor he had bought this land about 12 years ago form Abdul Sittar for Pak Rs 100, 000. But when he started building a wall, his neighbour Rafique Bhatti and his companions attacked them to stop them from building a wall.

In the past Rafique and his companions have threatened and attacked the pastor on several occasions. Pastor Haroon, his wife and son were severely injured in the recent assault.
They were attacked with machetes, sticks and pistols.

Their lives were saved because by the interference of the local community. The ambulance took them to Sheikh Zaid Hospital, Rahim Yar khan, where they were treated and are safe.

Mariam received several stitches to her head, Asher’s shoulders were severely injured and because of this both of his arms are not working, while the pastor himself had medical treatment too.
The perpetrators claim the land belongs to them and Pastor Haroon is not the legal owner, and therefore they cannot allow him to build a wall on the land.

Nasir Saeed, Director CLAAS-UK said that while the whole world is grappling with COVID -19, and helping each other without distinction of colour, race or religion, nothing has changed in Pakistan.

He said: “People from religious minorities are still a target of the religious extremists and facing the same level of religious persecution, which is condemnable.

He further said: “We have received information from our partners in Pakistan and through the media that at several places Christians and people from other religious minorities are denied aid or pushed back to the end of the queue because of their religion. Such hateful and discriminatory incidents are shameful, and the Pakistani government must take notice of such incidents and distribute aid and