HomeBlogNewsPakistani Christian boy, 14, killed by his employer and then made to look like suicide 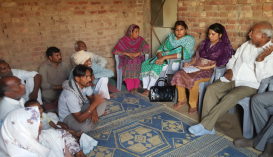 Pakistani Christian boy, 14, killed by his employer and then made to look like suicide

A 14-year-old Pakistani Christian boy was killed and then hanged to make locals think he had committed suicide.

Suleman Hadayat Maish was murdered by his aggressive employer on May 8, in Chehl Kalan village in Gujranwala, Punjab.

The team found that Suleman was the oldest son of the family. He had two sisters and two more brothers. Suelman’s father had worked as sweeper in the Pakistani Army at Azad Kashmir, while his mother is a housewife. Suleman’s father wanted his son to learn any skill in order to earn money and support family financially.

Hadayat Masih told CLAAS that he sent his 14-year-old son to Auragngzaib, because he believed that Suleman could learn horse keeping skills from him and start working on his own in the future. He said that his son was hard working and dedicated to his work. Masih further disclosed that Suleman was so much involved in his work that he chose to live day and night at the stable.

The Bashir brothers had come into an agreement with Suleman that he would tame the horses and teach them to dance on drum beats. But a week before Suleman was killed, he went missing, his father said. He said that Auranzaib informed him that Suleman was not at work. They both started looking for the youngster.

On May 7 Aurangzaib informed Hadayat that he had got a clue of Suleman’ whereabouts. After this, Hadayat and Aurangzaib they went to Alam Chowk, which is about 20 kilometers from Hadayat’s house and found Suleman there. They brought Suleman back to his house where he met with his family and stayed at home for about an hour. Afterwards, Aurangzaib took him back to the stable to continue his job.

Hadayat added that the following morning, when he was passing by his son’ work place, he heard screams and saw Aurangzaib, Jhangir and Humayun rushing out from the stable.

When Hadayat went into the stable, he saw Suleman’ body hanging with ceiling. Hadayat said that he immediately called the police, and informed them about the incident, while Auranzaib, Jhangir and Humayun fled from the scene. The police arrived and took the dead body for a post mortem, after which it was handed over to the family for burial.

After meeting with the mourning family, CLAAS’s team visited local police station and met with the investigating police officer Muhammad Ameen. He told them that according to his investigations, among many other tasks Suleman had to finish was feeding the horses.

He went on to explain that while feeding horses Suleman had wasted some hay, and seeing this Aurangzaib lost his temper and in his aggression slapped Suleman so hard that he fell down. When he fell down he hit his head, receiving a severe head injury and died on spot.

Auranzaib, Jahangir and Humayun hung his dead body in a manner so as to give an impression that he had committed suicide.

After Hadayat called the police, Aurangzaib Bashir and another man, Khuram Baig, were looked at for investigations, while Jahangir and Humayun are on bail.

The post-mortem examination confirmed some scars and head injuries, and doctors further recommended a DNA report because there might have been sodomy.

On the request of the family CLAAS has taken up Suleman’s case, to represent them in court and to get them justice. CLAAS also has ensured them of free legal aid and support. CLAAS’s lawyer has moved an application for the cancelation of the Bashir brothers’ bail.

Please remember the family in your prayers. Pray that God gives them courage to endure this great loss of their son, and also for CLAAS lawyers to be given courage and wisdom to represent the case and to get justice to the family. 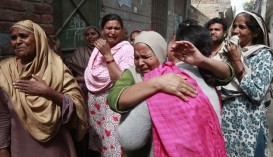 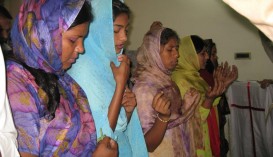