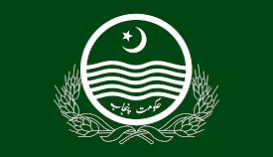 The Punjab Compulsory Teaching of the Holy Quran Bill 2018, making Quranic teachings mandatory in all schools and colleges in the province, was passed on Friday.

When the bill was presented in January, School Education Minister Rana Mashhood Khan said the government could consider opposing the bill as it was part of Pakistan’s faith and beliefs.

On Friday May 4, after a number of delays which caused controversy, the bill was passed unanimously.

The National Assembly and the Senate had already passed the compulsory teaching of Holy Quran bill in 2017.

The bill’s objectives state it will make the divine message understood, ensure the response of society, encourage peace and tranquility, promote the supreme human values of truth, honesty, integrity, character building, tolerance, understanding others’ point of view and way of life.

It will also help the state to discharge its constitutional responsibility under article 31(2) of the Constitution which says the “State shall endeavor to make the teachings of the Holy Quran and Islamiyat compulsory”.

Nasir Saeed Director CLAAS-UK expressed his concern and said: “It is sad that for minorities, especially Christians who are living in large numbers in Punjab, their religious and fundamental rights are totally ignored.

“No alternative programme has been announced for non-Muslim students of Punjab.”

He added: “Forcing compulsory teaching of Holy Quran against the will of the non-Muslim students and their parents will have a negative impact on the non-Muslims students.

“It will promote bigotry and hatred against non-Muslims in Pakistani society, something which is already on the rise.”

He said it is sad that instead of promoting freedom of religion and belief, the government is forcing children to study religion.

He also said it is shameful that there are 11 minority’s MPs in Punjab Assembly and nine of them are Christians, but nobody raised their voice or is asking for and alternative programme for non-Muslim students.