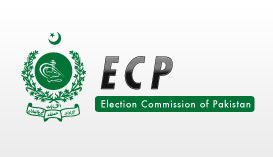 Pakistan senate elections for 52 seats are going to be held next month, but the formal election procedure remains a serious bone of contention amongst political parties.

Accusations of horse trading have led the government to suggest changes in the voting procedure from a secret ballot to a show of hands.

A change in the procedure will require a constitutional amendment to be passed by Parliament.

So far, the (Election Commission of Pakistan) ECP’s position on the matter has remained ambiguous. While some experts suggest that time constraints will continue to impede progress, others argue that the amendment will be enacted by the end of this week.

Although an All Parties Conference was held on Friday to resolve the present crisis, it couldn’t reach a consensus. While it remains to be seen whether the amendment will be passed or the elections take place under the formal procedure.

Nasir Saeed, Director CLAAS-UK said: “No matter whatever happens, one thing is for sure – nothing will change in Pakistan particularly with regard to Christians and other religious minorities.

“Minority MPs and senators are always undemocratically appointed on these reserved seats, and are bound to follow their party’s agenda and directions and not speak for Christians’ rights and against their persecution.”

He added that Prime Nawaz Sharif has announced a 20-point Action Plan to curb extremism and terrorism but that there is need a to announce plans to grant equal rights and to stop the ongoing persecution of Christians and other religious minorities in Pakistan. There is also a need to bring legislation so minorities can chose their own representatives in the future.